A jury has cleared an elderly driver who claimed a fault with her Nissan car caused it to surge forward, killing a pedestrian.

Great-grandmother Ann Diggles was parking the Qashqai automatic in Sumner Street, Leyland, Lancashire, when it struck another vehicle before mounting the kerb and killing 53-year-old Julie Dean.

The accident happened on July 7 2014, shortly after Ms Dean had walked out of a hospice charity store.

Mrs Diggles, a retired nurse, told police she had gently touched the accelerator but claimed it lurched forward instead of responding as normal.

The 82-year-old said she tried to brake to try to avoid the victim but nothing had happened. She pleaded not guilty to a charge of causing death by dangerous or careless driving.

Nissan and police experts examined the car and were unable to find any faults with it and the prosecution claimed Mrs Diggles, of Dalehead Avenue, Leyland, had simply pressed the wrong pedal.

However, Mrs Diggles’ lawyers blamed a complex electrical fault for causing the car to accelerate wildly.

Two women who read about the trial as it proceeded came forward and said they had suffered similar problems with their own automatic Nissans. Both later gave evidence in court to support Mrs Diggles’ claims, which have been described as an “uncommanded acceleration”.

Despite the verdict, Nissan – which brought in experts from Japan to give evidence in court – continues to insist that its cars are completely safe.

“The vehicle in this case was examined by Nissan and by the police,” the firm said in a statement.

“At no point was any fault found with the vehicle which could have caused this accident. The Qashqai has an exemplary safety record, and has been tested and complies with all safety regulations in all markets.

“This verdict does not reflect on the safety of the vehicle, the only issue to be decided in this case was whether the driving of the defendant was dangerous or careless and caused the death of the victim. The prosecution was unable to prove this beyond reasonable doubt.”

James Pritchard, a personal injury specialist at Macks Solicitors, says its likely that the courts will have to deal with more such cases as automotive technology continues to advance. 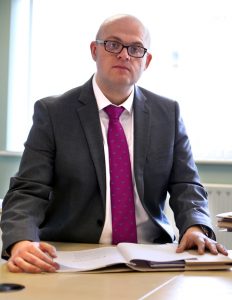 “It’s important to emphasise that the jury’s verdict does not prove there was anything wrong with the car that was involved in this very sad incident,” he said.

“However, cars are becoming increasingly complicated all the time, and it’s quite possible that we’ll see further disputes over whether a vehicle or its driver is to blame for an accident.

“I acted for a lady who had a modern car with an automatic braking system. Unfortunately, it wrongly sensed there was going to be a collision and performed an emergency stop on a major road, causing another motorist to crash into the back of her. “I expected the insurance company to say it wasn’t their fault and to blame my client, but to my surprise they agreed to pay out. If they had denied liability I would have had to involve the manufacturers.”

Role: Group HR Manager Department: Business Support Department Location: Middlesbrough Hours: Full-Time As a leading North-East law firm we are continuing to strengthen our Business Management Team. A great opportunity has arisen for an experienced HR professional to join us as the Group HR Manager …